Welcome to Virtual Norwegian and your virtual flying career with us.

Norwegian was founded in 1993 as a regional airline taking over routes in Western Norway after the bankruptcy of Busy Bee. Until 2002, Norwegian operated Fokker 50 aircraft on wet lease for Braathens.

Following the merger of the two domestic incumbents Braathens and Scandinavian Airlines. The Fokker operations deal was cancelled by SAS, and Norwegian was forced to change strategy to continue operations, so they did and became a domestic low cost carrier.

It has since expanded quickly, establishing itself in Warsaw and purchasing the Swedish airline FlyNordic in 2007, and entering the Copenhagen market in 2008. The same year it saw the delivery of its first brand new Boeing 737-800.

Currently Norwegian have more than 150 aircraft, which operates over 500 routes to destinations in Europe, North Africa, the Middle East, Asia, the Caribbean, South America and the US. Major orders have been placed for new Boeing 737-8MAX and A320NEO - 100 of each!

From late May 2013, Norwegian began its long haul operations, where the Boeing 787-8 Dreamliners were planned to use. Because of delivery problems, the operations started with two leased Airbus A340 from Hi Fly.

Lots of new aircraft and expansions across the globe makes this airline truly interesting to follow.

A word from the staff

My name is Jan Tore and together with my excellent team members, we will try to give you the best Virtual Airline simulating Norwegian Air Shuttle.

In the summer 2009 I was approached by the former leader of Virtual Norwegian (hereby named vNorwegian) and asked if I wanted to join the staff. Things changed quickly and soon I became the CEO (Anders took over as CEO officialy 20 November 2013). Today's vNorwegian launched officially late October 2009.

vNorwegian has been around since around 2003 in various configs and staff members, but my intensions was to build up the VA so it could survive when team members change and I believe we have a good base for a continuous stable running of this VA.

Thanks to Anders Moen, our web guru, we can also proudly say that we have one of the better web pages around for any VA, including detailed flight briefings and not to mention the splendid LiDo CrewBriefing, inspired by the system real Norwegian pilots use to plan their flights.

We have a large fleet of aircraft and a lot of exciting destinations.

4.1 vNorwegian is a Virtual Airline (VA) that supports users of Flight Simulator X (FSX), + Steam Edition (FSX:SE), Prepar3D (P3D), X-Plane (XP) and MS Flight Simulator (2020).
4.2 Windows, Linux and Mac operating systems are supported.
4.3 The applicant must be 13 years or older at the date of application.
4.4 The applicant must be able to complete their first flight within 14 days of acceptance.
4.5 The applicant must have the ability to fly at least one flight every 30 days.
4.6 Pilots who are not able to fly at least once every 30 days, must set themselves on leave (can be found in the pilot center). All pilots receive a total of 90 days to use on leave each calender year.
4.7 Pilots are automatically marked as inactive 40 days after the last received flight, unless the pilot has set himself on leave.
4.8 The applicant must submit their real identity.** Failure to do so will result in a permanent ban.
4.9 Members of other VAs that simulate Norwegian Air Shuttle will not be accepted.
4.10 The applicant must be able to show professionalism and maturity in all aspects of vNorwegian operations.
4.11 Data for previous members will be transferred as far as documention exists. It is the pilot's responsibility to complete the registration form correctly to retrieve his/hers old pilot ID and hours back.
It is not possible to change pilot ID after submitting the registration form.
4.12 vNorwegian does not accept transfer hours from other airlines or networks.
4.13 Any member removed from the roster as a result of an administrational level action, shall be permanently banned from rejoining vNorwegian.
4.14 Pausing during flight should be avoided, but it does not affect the logging and is therefore allowed. Do not forget to disconnect from any online network whilst pausing.
4.15 A pilot may accelerate their flight using sim acceleration. Please note that the pilot client will only log actual flown hours.
4.16 A pilot may fly at any time suitable for them. It is not required to have the correct date and time set in your simulator.
4.17 Obvious crashes will not be accepted.

** Every member can through their settings, select whether or not, he/she would like to hide their last name from the public. Other members of vNorwegian can still view their full name

All pilots accepted into vNorwegian are assigned the rank of Training First Officer, with zero hours and flights. Exceptions are previous members rejoining vNorwegian.

5.4.1 Schedules are updated directly from Norwegian's seasonal program. As all flights are subject to change on short notice, some flights may be missing or have minor errors.

5.4.2 All flights found in our schedules can be flown at any time the user decides himself. It is no requirement to fly at the correct day or time.

5.4.3 Errors in the schedules, excluding callsigns, shall be posted in our designated forum thread.

Flights are to be operated between airports defined by the schedule info, however, from time to time you may have to divert to an alternative airport due to unforeseen circumstances (engine loss, gear failure etc). Should a pilot need to divert, the pilot in command should as far as possibly divert to an airport operated by Norwegian.

In order for the flight to be approved when diverting, the pilot must:

If these steps have not been completed within 48 hours after submitting the first flight, the flight(s) will be automatically rejected.

6.3.1 It is only possible to use the airframe(s) listed for each specific flight. If you can't select an airframe, you cannot use it for said flight.

6.3.2 Only exact aircraft types can be used according to the table above can be used. *

The only allowed logging client in vNorwegian is our own ACARS: Virtual Norwegian Pilot Client (VNPC).

It is only possible to submit flights manually by uploading the auto generated .pirep file created by VNPC, or submitting your online VATSIM flight using Vatstats. If you for any reason forgot to start VNPC, it is not possible to submit your flight.

Logging for two VAs on the same flight is not allowed and will result in a rejected flight. If severe, it may result in a permanent ban.

However, logbook type sites are excluded from this rule. E.g FsPassengers, projectFLY, FSCaptain etc. If unsure, please ask in our forums.

Persons making an application to join the vNorwegian site are referred to as pilots. This in no way implies qualifications as a pilot of any form of air transport outside of the simulated environment of the Microsoft Flight Simulator/Lockheed Martin P3D/Laminar X-Plane franchise.
While using the vNorwegian website (including Facebook, Twitter, Twitch, Discord etc), all pilots are subjected to monitoring, and any offensive posting are liable to be deleted, without notice, by the vNorwegian administration.

Comments of an offensive nature, will result is a dismissal without notice by the vNorwegian administration.

Pilots are reminded that foul and obscene language is not tolerated in any way, and pilots are not to engage in offensive slanging matches of any sort.
Pilots who are unable to conduct themselves in an appropriate manner are respectfully requested to avoid making postings in the vNorwegian forum/Discord/Facebook/other apps.

The following items are considered unacceptable on the vNorwegian forum/Discord/Facebook/other apps:
8.3.1 Offensive language of any sort.
8.3.2 Pornographic links or materials.
8.3.3 Advertising of other VAs. This includes forum signatures and links.
8.3.4 Advertising of online streams that are not (Virtual) Norwegian related.
8.3.5 Any debates or remarks which may offend anyone.
8.3.6 References or links to illegal software.
8.3.7 Posts that are of a political nature.
8.3.8 Content shall always be related to (Virtual) Norwegian. Other posts will be deleted, ref. 8.1.

When using online Air Traffic Simulation networks (VATSIM, IVAO, PilotEdge etc), you, the pilot, is an ambassador of Virtual Norwegian when flying with any of the Norwegian callsigns. Pilots are to exercise good manners and are not to engage in arguments over the network.
vNorwegian pilots are not to utilize the UNICOM channel of any network as a chat room and are expected to announce all intentions when operating in the vicinity of any other traffic.

Providing false information in an application at Virtual Norwegian is prohibited.
Should a pilot's identity fall into question at any time, the vNorwegian administration reserves the right
to carry out our own check to establish that pilot's true identity.
Pilots who are found to have supplied incorrect or false information in order to gain admission to
vNorwegian, are liable to be dismissed without notice, and may subject to a permanent ban.

Subject to provisions of this policy, we will treat any information about you, arising from your use of the
vNorwegian website as confidential.

9.3 We do not supply your personal information to third partes and will not do so, except with your
consent or where required by law.

9.5 Full names are required as we only allow one account per person.

Every member can choose themselves whether to show their full name or only their first name for non-members.

9.6 Emails are only used in order for vNorwegian to contact a person by email (news, account updates etc). Emails are not shown to others (both members and non-members) at any time. 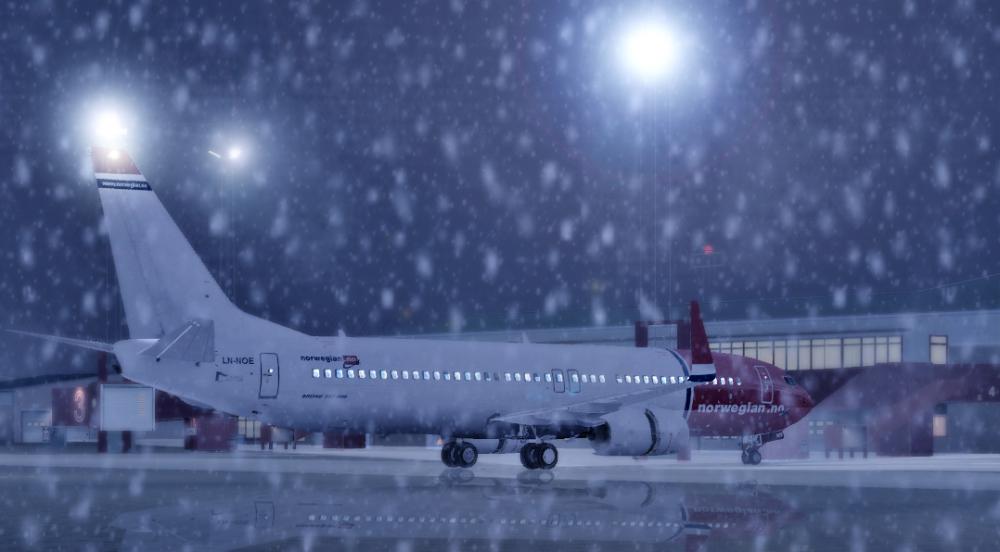